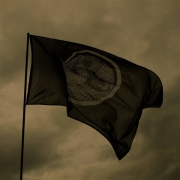 Resist Records is extremely proud to welcome Iron Mind to its roster. Since forming in 2006, the band have marched forward to earn their reputation as one of the country’s top hardcore bands and after writing and touring solidly for the past 2 years, the group are set to record their self-titled album, the follow-up to 2011?s “Hell Split Wide Open”.

To record their sophomore long player, the five-piece have moved into a cabin, deep in Victoria’s Dandenong Ranges. This time with Melbourne based, Mike Deslandes (whose production credits include Blkout, Robotosaurus, Coerce, Lead Sketch Union and Confession) at the desk. After establishing their sound with Hell Split Wide Open and countless live shows, Iron Mind have taken the time to progress and perfect their brand of hardcore and have found the right fit with Deslandes to push that sound, and capture what they have come to be known for with their live set.

Check out the track “Divide” here