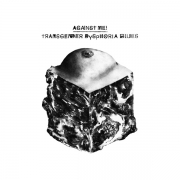 Against Me! will release its much-anticipated sixth full-length studio album titled Transgender Dysphoria Blues on Friday, January 24 on their own label, Total Treble licensed to Resist Records for Australia. Transgender Dysphoria Blues is the intense follow-up to the band’s previous full-length album, White Crosses, and stands as another major benchmark for the band and its career spanning 10+ years.