Notorious for their infectious hardcore urgency, integrity and powerful rage, the essence of Bad Blood will move you. Not to be mistaken for another contrived band of revolving members, constantly changing sounds, empty threats or an attempt to “make it”, Bad Blood simply do it their way.

Having contributed to the Sydney hardcore scene for many years between them, these four friends have further defined the Bad Blood sound and attitude from their past and ever evolving experiences outside of any scenes and cliques. Whether it be the uncertainty of what lies ahead in life or the never ending supply of grey areas society can relate to, Bad Blood question and confront it with raging hardcore.

After releasing their “Harsh Reality” CDep in February 2006 on Resist Records, Bad Blood have established a tight relationship with Resist and will be releasing their debut 10 song “Inner Peace Outer Grief” CD/LP in August 2007. Supporting many international and local acts since their demo, they continue to push their levels of intensity and attitude regardless of the audiences and venues. Bad Blood extend the soul, energy and rage from their influences from the late 80s NYHC scene including The Icemen, Underdog, Dynamo and Raw Deal among others… 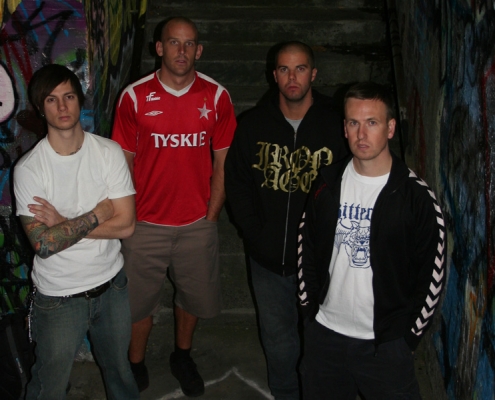