Since forming in the suburbs of Perth in 2005, Break Even have endured almost every experience a young band can; the highest of highs and the lowest of lows.

The former includes putting out 2 successful releases and touring the country countless times with some of the biggest names in local and international hardcore. The latter on the other hand, includes undergoing numerous lineup changes and on a greater scale, a tragedy in the death of a band member.

In November 2008 Break Even experienced the unthinkable, when their guitarist Rowan Willoughby took his own life. Rowans untimely death took a toll not only on the members of the band, but with everyone in the hardcore community, leaving a giant question mark over the future of the band.

After some time the 4 remaining members, Mark Bawden (Vocals), Stephen Sciutto (Guitar), Perri Basille (Bass) and Simon Dreja (Drums), returned to the rehearsal studio to see if they could go on with what they’d come to know as Break Even. Out of this process came their debut album, The Bright Side.

Aptly named, The Bright Side is a story of birth and death and everything in between. Recorded in March at Reading Room Studios in Perth, it is an honest and passionate statement that was written to remember, to inspire and to never forget.
In a scene flooded with bands that choose to focus on anger and apathy, Break Even separate themselves from the pack by encouraging the listener to find the bright side in everything, whether it be in life, in dreams, or in loss.

Armed with a message, and a drive stronger than ever before, The Bright Side has already seen its creators make their way into the forefront of the Australian hardcore community, and will surely serve as the perfect platform to allow Break Even to take the inevitable next step into the international music scene. 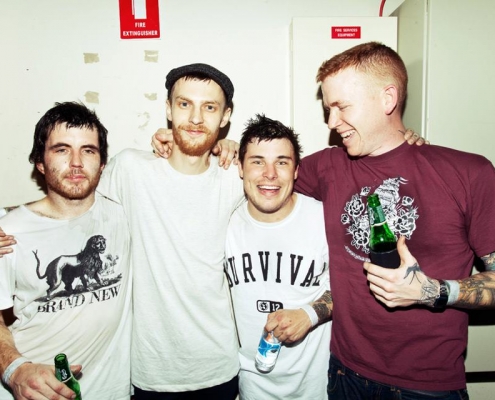