With a thirst to play crushing hardcore fuelled by anger and sincerity, Her Nightmare was born in 2003. In the beginning, the five young Melbourne lads were obsessed by the sheer heaviness and honesty of Hatebreed’s classic “Satisfaction Is The Death Of Desire”. Around the same time they were further inspired by Australian hardcore bands like Day Of Contempt, FMD and Mindsnare who were taking Aussie hardcore to the next level. Excited and ready to make their mark, Her Nightmare was spawned and unleashed its destructive tunes onto an unsuspecting Australian scene.

Over the next few years they played some memorable local shows with the likes of Parkway Drive, I Killed The Prom Queen and Day Of Contempt forging friendships and earning respect. Slowly but surely Her Nightmare were winning over crowds with their raw heavy hardcore and inciting many a violent pit. The band’s devastating sound and increasingly vigorous work ethic caught the eye of respected Sydney label, Resist Records. The resulting partnership proved to be a lethal combination as Her Nightmare rolled up their sleeves and made a conscious decision to up the ante in a big way.

In 2005 they released their debut album on Resist entitled “No Heaven No Hell”. Produced by DW Norton (Mindsnare, Toe To Toe) this album well and truly put the band on the map. Critically acclaimed, “No Heaven” was one of the heaviest and vicious hardcore albums Australia had ever seen. Now with their fans and contemporaries taking them more seriously than ever before, the band transcended into a new era of recognition. A national tour with good friends Parkway Drive along with a new found momentum ensured that 2005 solidified Her Nightmare as being a major force in the Aussie scene with world-class appeal. Throughout 2006 Her Nightmare shows grew and crowds now destroyed the pit with a renewed fervour highlighted by massive shows with Hatebreed, Terror, Comeback Kid, Most Precious Blood and many local heavyweights. 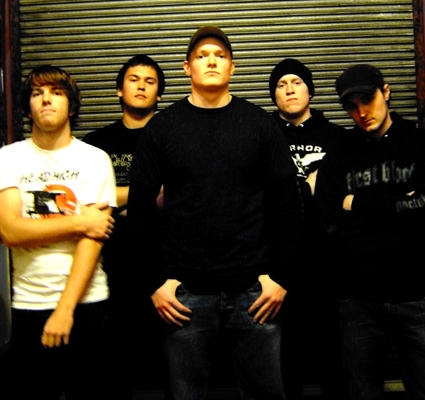