Little more than a year on from their first show, Canberra’s I Exist delivered their debut LP ‘I: A Turn for the Worse’.

Punched out over a long weekend with engineer/mixer Jason PC of Blood Duster, the record builds on the template established with their 7” ‘Three Nails and a Book of Flaws’. While the group remains grounded in hardcore, here, their stoner, sludge and doom influences really come to the fore: the monolithic riffage on show echoes the likes of Electric Wizard, Eyehategod and Sleep.

Never content to rest on their laurels, in March 2011 the band entered the studio to record the follow-up to 2010’s I: A Turn for the Worse. The new LP, II: The Broken Passage, was released on June 17 – barely a year after their debut.

To cut the long-player, the now seven-piece returned to Melbourne’s Goatsound Studios, this time with US producer Billy Anderson helming the desk. With production credits including Sleep’s Sleep’s Holy Mountain and Eyehategod’s Dopesick: both hugely influential records for the band, Anderson’s CV also includes albums for groups as diverse as the Melvins, Jawbreaker, High on Fire, Sick of it All and Acid King. 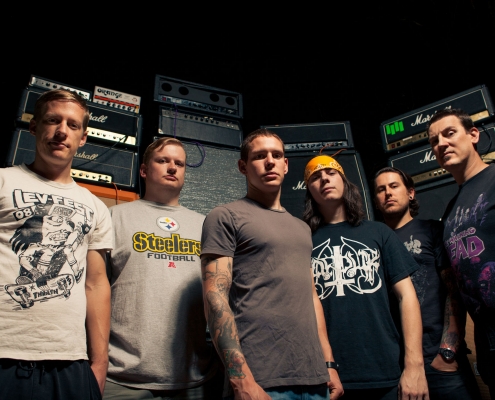