Crowd favourites Miles Away have long been considered Australia’s premier hardcore act both domestically and abroad. Their first two albums were released on none other than Boston’s iconic Bridge Nine Records. 2007 saw them reach new heights with “Rewind, Repeat”, extending their respectable international fanbase even further. Since then they’ve relentlessly toured the globe, seemingly making Europe their second home in the last couple of years. Thankfully they’ve gotten around to giving patient fans more to feast their ears upon, releasing their 7” “Memory Embraced” in July and finally their long-awaited album “Endless Roads”.

Taking cues from late 1990s youth crew revival bands like Ten Yard Fight and In My Eyes as much as melodic punk rock like Rise Against, Miles Away have managed to cement their own signature sound. What sets them apart from the pack is their reliance upon mature lyrics and considered song-writing rather than recycled mosh parts and cheesy hardcore clichés.

“Endless Roads” was recorded at the Wild Arctic Recording Studio in New York with producer Dean Baltutonis, the dude behind releases by legendary hardcore names like Sick Of It All, American Nightmare, No Warning and Modern Life Is War. Needless to say the production is top class. The album reflects a healthy middle-ground between 2005’s “Consequences” and their last full-length, 2007’s celebrated “Rewind Repeat”, infusing the infectious two-step anthem structure of the “Consequences” era with the greater speed and melody of the latter. Vocalist Nick Horsnell’s recognisable vocal style is better than ever, conveying genuine feeling and anger as well as sounding great. Moreover the incorporation of clean vocals on tracks like “Anywhere” and “The Constant” are definitely a welcome edition. 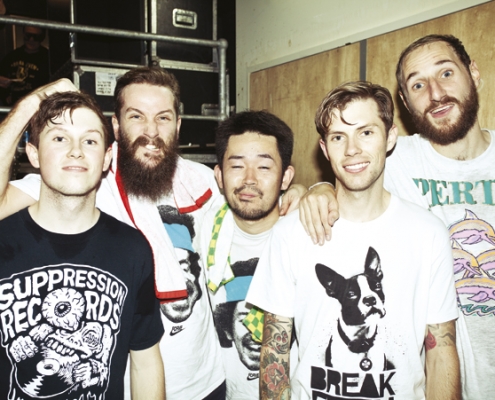