Blasting out of Byron Bay, almost as an affront to the serenity of their surrounds, PARKWAY DRIVE quickly established themselves as the most formidable force Australian heavy music had ever seen. A five- piece of astonishing power and understated charisma, PARKWAY DRIVE created unseen hysteria with their brutal 2005 full-length debut, “Killing With A Smile”. The album spent time in the ARIA National Top 40, affirming the astounding popularity of a band who had grown their fan base from genuine hardcore roots.

In 2007, PARKWAY DRIVE unleashed their standout sophomore effort, “Horizons”. Recorded once again by producer and Killswitch Engage guitarist Adam Dutkiewicz at Zing Studios in MA, USA, Horizons debuted at 6 on the ARIA chart, 1 on the Australian Artist chart and 1 on the Independent chart. Horizons takes the PARKWAY DRIVE sound to totally new extremes. A bone-crunching avalanche of classic hardcore, Swedish death and math-metal, it went on to be one of the biggest circle-pit-inducing albums of ’07.

In 2009 the band released PARKWAY DRIVE: “The DVD” a 70 minute documentary looking at the rise and rise of the Byron juggernaut. Featuring archival footage dating right back to their very first shows, the film follows the quintet from humble beginnings on the beaches of the NSW North Coast to storming stages all over the world. Within a week of release, “The DVD” was certified Gold and is predicted to achieve Platinum status in the near future.

Currently writing the follow-up to 2007’s “Horizons”, 2010 is shaping up to be the bands biggest yet. With a new album to surface in mid 2010, the band will be touring through Europe and the UK this April / May and return to the US in June through to August as part of the Vans Warped Tour.

The quiet confidence and lack of arrogance expressed by the band is what lies at the heart of PARKWAY DRIVE’s massive appeal. They have this ability to destroy an audience, to decimate a venue with complete and utter malice, yet at the same time show everyone in the place the time of their lives. This is the kind of relaxed, no- nonsense attitude you get growing up in Byron. PARKWAY are just five ordinary dudes who came together to create one extraordinary band. 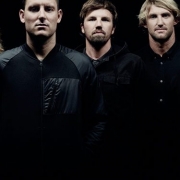 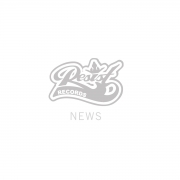 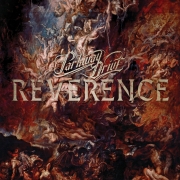