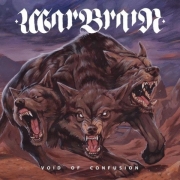 Featuring current and ex members of bands such as Hopeless, Iron Mind and Carpathian, Melbourne’s Warbrain are set to unleash their debut full length “Void Of Confusion”, to be released through Resist Records on July 5.

After spending the latter months of 2012 writing, Warbrain entered the studio towards the end of the year choosing to record the guitars, bass and vocals “in house” with vocalist Lloyd Carroll at ‘Itchy Brother’ Studios in Melbourne’s West.

Drums for the album were recorded at Three Phase Studios in Melbourne with Sam Johnson, with the album being mixed & mastered by Taylor Young (Nails, Twitching Tongues, Disgrace) at his studio ‘The Pit’ in Van Nuys California.