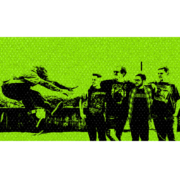 Resist Records welcomes Rage to its roster. Their debut EP “Feel The Burn” will be released on September 8.

Originally conceived as a means to fill in free time as other bands slowed down, Rage was formed in mid-2016 and immediately got to work. Shows started to be booked after only a couple of rehearsals and a well received demo tape followed shortly after. Since then, Rage has been hard at work piecing together new music whilst playing shows with a wide range of Australian and International bands both locally and interstate.

With the release of “Feel The Burn”, Rage aim to deliver 5 cuts of slamming hardcore punk, influenced by American hardcore greats, British punks and Australia’s hardest bands. Initial production of the record was handled by Blake Ohlback (Choke, Homesick) and the record was then mixed by Chris Corry (No Tolerance, The Rival Mob) before being mastered by Dan Randall (86 Mentality, The Flex).

Listen to “Control” on Spotify