Now a staple in Australian hardcore, 50 Lions first bared their claws in 2005 at the height of the metalcore craze in their native Byron Bay. Focussing on producing a more traditional hardcore sound, the key to the survival of the band would be some serious van hours.

Building on a sturdy reputation as a fierce live presence, they earned their place on bills with Byron counterparts Parkway Drive and other notable Australian bands such as Carpathian, Miles Away and Her Nightmare, before stepping up to share stages with internationals such as Terror, Madball, Down To Nothing and Blacklisted. Following on from 7” and EP releases, their debut album, Time Is The Enemy was released through Resist Records in 2007 and praised for it’s energy and hooky riffs that showed the best use of a time-honoured hardcore framework.

The resolve to never compromise the integrity of their recordings or live performance has resulted in several member changes over the years, with new recruits always close friends of the band with solid knowledge of their work, meaning their trademark sound has remained intact.

After touring as a four piece for some months, the most recent addition to the band is former Her Nightmare frontman Luke Bainbridge on guitar. The partnership with the towering axeman came only two shows before their recent European tour and is one that the band believes has without a doubt led to their most powerful incarnation. Now handling the majority of the writing duties, Bainbridge brings valuable writing, playing and life experience to the outfit which has seen them concentrating harder on each individuals performance as well as the choice of lyrics and phrasing.

As many of their peers head into more melodic territory on upcoming records, this five-piece have insisted on taking an authentic heavy approach, spurred on by the likes of New York greats Cro Mags and Madball. “Instead of sounding like a band that was influenced by bands who were influenced by them, we’ve really taken it back to the source of the inspiration,” frontman Oscar McCall insists.

Inline with this attitude, recording of the bands sophomore album titled “Where Life Expires” took place once again with Sam Johnson at Melbourne’s 3 Phase Studios. Armed with a new album, they’re now itching to return to stages across the globe in the coming months, starting this November with a national tour of Australia where they will be joined by US band Trapped Under Ice. 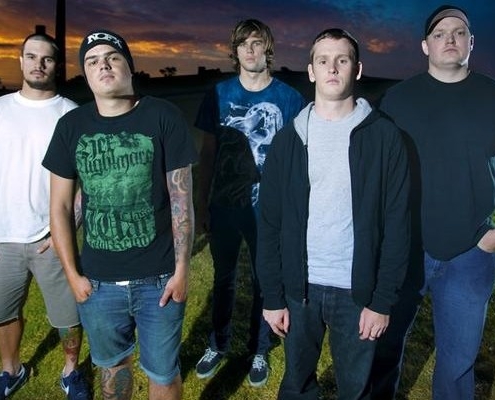