Influenced by 80’s and 90’s Hardcore and Thrash metal, Warbrain was formed in early 2009 when Josh, Kain and Lloyd decided to do something different from other projects we had been involved in at the time.

Natural progression for the band lead to Tim and Neil joining shortly after the groups inception before going on to record their first official release, the “Paranoia” 7″ in 2010. (www.facebook.com/trialanderrorhardcore).

Featuring current and ex members of bands such as Hopeless, Iron Mind and Carpathian, the band has set the bar high amongst other current hardcore acts in Australia and is determined to leave their mark on the Australian Scene.

Late last year the band recorded 2 new songs to be released on a split with Minus from California. These tracks are available to be purchased on our bandcamp at warbrain.bandcamp.com or physically via the Six Feet Under webstore – www.sixfeetunderrecords.com. 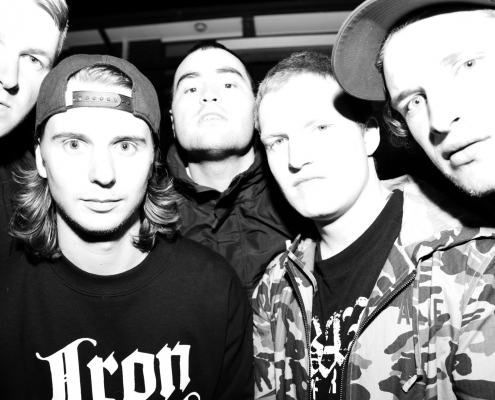